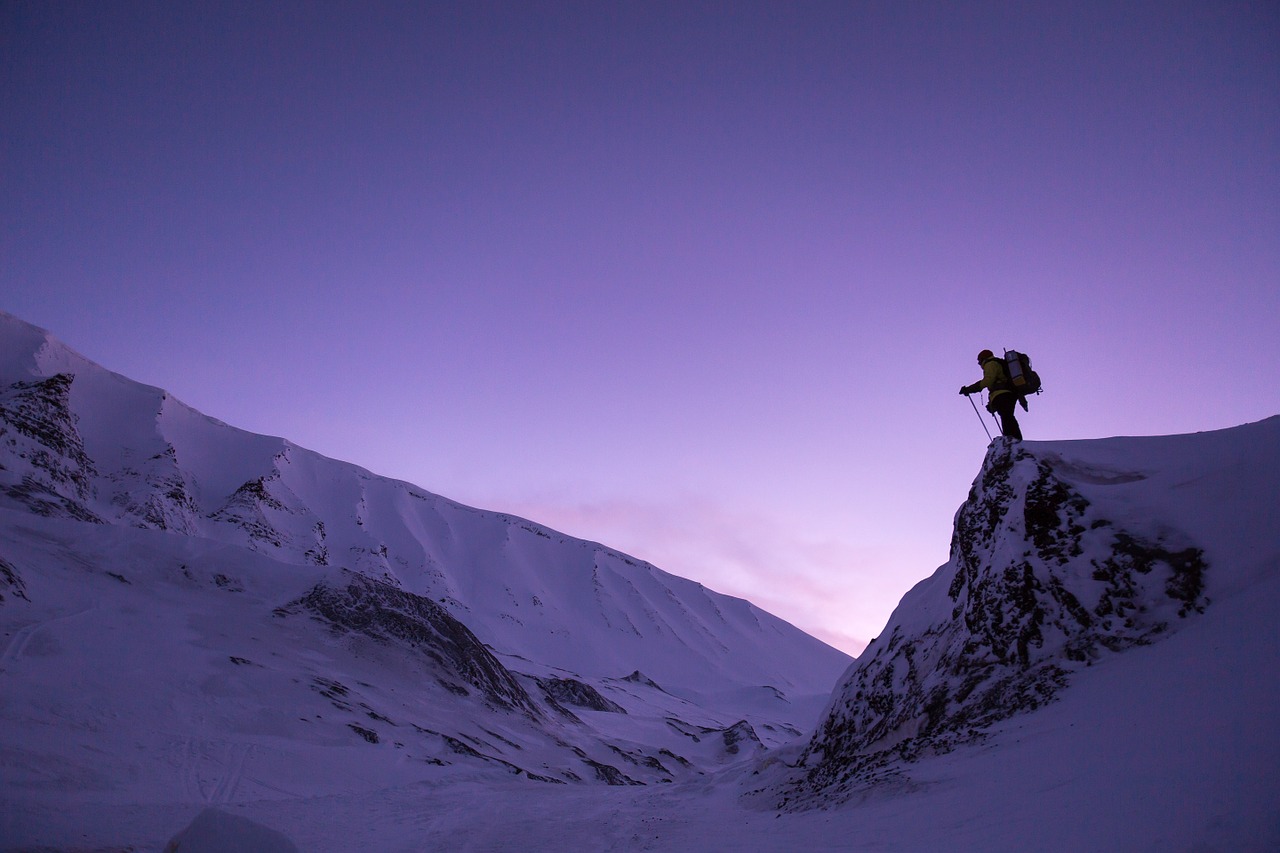 MRE meals for sale, also known as Civilian Meals, Ready-to-Eat, is a concept that was invented in the 20th century but came to prominence in the 21st-century. What used to be strictly for the military (military MREs) is now available for everyday citizens, or civilians, to use and enjoy.

What are MRE Meals for Sale?

MREs are Foods, such as one from XMRE, that a person can eat without much preparation or fuss and that are sold to everyday citizens rather than being restricted for military use. Some essential facts about these meals are as follows:

1. They are self-contained meals

Civilian Meals, Ready-to-Eat are self-contained meals that retain their flavor and texture. They are not freeze-dried or dehydrated meals, and you don’t pour water into them to activate them.

2. They are small, lightweight, and portable

MREs are created and designed to be small, lightweight and easy to carry around. Therefore, a camper can easily place these meals inside his or her backpack, or a prepper could easily store a large variety of MREs in his or her basement.

One of the major distinctions of MREs is that they do not require refrigeration or cooking. Therefore, all a person has to do is open the package and eat. You don’t need a can opener or a unique tool to open the packages.

If a person wants to heat up any particular meal, heaters known as flameless ration heaters, to be used for MREs, are typically included with MRE products. These heaters are lightweight devices that can warm food anywhere from five to 10 minutes. Specifically, these heaters require no electricity and no fire. In addition, they don’t produce carbon monoxide, and a person can dispose of them quickly, ecologically and safely. These are heaters that are made using iron, salt, and powdered magnesium metal. A small amount of water is added to the heater to create a process called oxidation-reduction which produce heat typically in 10 to 15 minutes and usually up to 100 degrees Fahrenheit. The water that is put into these heaters does not have to be clean water. A person can take water out of their water bottle, but they can also use water from a lake, from snow, from rainwater, or from a dirty puddle. It merely needs to be water.

Remember that only a few ounces of water is typically needed for a flameless ration heater. Never overfill the heater with water. If you overload the heater, you do risk the possibility of breaking the pouch.

4. They include a full day’s worth of minerals and vitamins

These are meals that include all the vitamins and minerals a person needs for the day. So, for example, a typical MRE contains anywhere from 1,000 to 1,200 calories. The reason they are packed with vitamins and minerals is due to their history. Military MREs were designed to sustain military personnel while on combat. The civilian variety are created with that same kind of sustenance philosophy in mind.

5. They have a long shelf-life

Another significant distinction of MREs is that they have a long shelf-life. This is particularly helpful for preppers, for example. If the meals are stored properly, in other words, if they are not stored in extreme cold or extreme heat, but in a climate-controlled environment, they can last up to ten years with lasting up to five years being the norm.

MREs not only have a long shelf-life but the packaging is known as retort packing and is designed to be impenetrable. For example, you’ve seen helicopter rescue missions drop MREs to victims below without worry that the packages will break open. If a prepper wishes to store these meals in his or her basement, there would be no worry regarding spoilage from a flood or from insects or other pests.

What is the History of MRE Meals for Sale?

MREs weren’t always available to be sold to the public. In the past, these meals were strictly provided for American soldiers while out in combat. The logistics of battle means that you’re out in situations where cooking and preparing meals is not ideal. You typically don’t have stoves, refrigerators or other things needed for traditional cooking. Furthermore, you often don’t have the time to prepare a meal traditionally.

During Civil War times, troops had rudimentary forms of food, such as salted pork and beans. Later, soldiers ate using rations, such as C-rations that had food separated into small portions. An improvement over rations was Meal, Combat, Individuals otherwise known as MCIs. The government recognized that American soldiers needed a way to consume better food and with a better variety without any of the worries of getting the food, carrying the food around, keeping the food from spoiling or cooking it.

As improvements were made through WWI, WWII and beyond, military MREs was born around the 1980s. Civilian MREs came later, and today, Civilian MREs are no different from military MREs concerning use, flavor, texture, etc. Typically, the only difference today between the two is the packaging.

Who are MRE Meals for Sale Suited?

There are a variety of situations that are ideally suited for MRE meals. For example, many people have taken a strong liking to hiking and camping, which ties into people’s increased education on the value of health and fitness and taking care of one’s body naturally. But what does a hiker do when it comes to food, particularly if the person is planning a hike that lasts more than a day? One of the primary considerations when hiking is to keep your load light. Typically a person who is carrying a backpack should keep his or her pack at no more than 30 pounds. This becomes a challenge when it comes to bringing food and water. Because MRE meals for sale are lightweight, a hiker can easily carry them in his or her pack without weighing it down. A hiker also doesn’t have to worry about cooking the food by lugging around a hiking stove and fuel or building a campfire, and he or she doesn’t have to worry that the food will spoil under sun conditions. The easy to carry flameless ration heaters will warm food conveniently for a hiker, and the person can get their days vitamins and minerals needed to sustain a hike with MREs.

Another example is something that has become extremely popular now, and that’s what’s known as prepping. A person who preps, or a prepper, believes that one should prepare for an emergency or a natural disaster before it happens. The joke is that preppers are preparing for the zombie apocalypse, but there are more realistic considerations such as preparing for an earthquake, a hurricane, a tornado, a Tsunami, a forest fire, a volcanic eruption, or the prospect of war and its aftermath.

What Do MRE Meals for Sale Include?

Civilian Meals, Ready-to-Eat in today’s society are highly improved and filled with variety. Every kind of food that a person would eat from traditional sources are offered with MREs. For example, a person can have breakfast kits that include oatmeal, toaster pastries, pieces of bread, hash browns, and peanut butter. Lunch kits can beef stew, meatballs in marinara sauce, and a dessert, such as a brownie. Dinner entrees can include that include beef, chicken, pork or tuna dishes. If a person is a vegetarian, today’s MREs also include vegetarian options. Snacks and desserts are also a part of MREs and can consist of crackers, spreads, cheese, puddings, and cookies. Complete MREs will include beverages such as coffee, fruit punch, dairy shakes, and more. The extras come with MREs as well which include sugar, salt, pepper, Tabasco, coffee creamer, utensils, napkins, and more. Most of these meals come with flameless ration heaters, as well.

Where Can You Buy MRE Meals for Sale?

Purchasing Civilian Meals, Ready-To-Eat is an important consideration. As described earlier, no civilian meal should be labeled as a military MRE, even though the contents may be similar. Keep in mind that with some companies who produce the food, you may be told precisely what is in the packaging or you may be given only a general description.

When you are purchasing these meals from the Internet, you are presented with the most extensive variety and a wide range of prices that may or may not include shipping. The reputation of the company offering the meals is important. If you deal with an unknown and non-proven company, if anything is defective regarding your MREs, you may have no recourse. Therefore, when dealing with a company that produces MREs, investigate its reputation and pay attention to any consumer reviews.

2. Buy These Meals from Physical Locations

Another way to purchase MRE meals ready to eat is at brick and mortar locations. An example of these would be outdoor sporting locations or army/navy surplus locations. When you purchase from a physical site, you can inspect the products right there on the spot. However, the variety of products offered to you will most likely not be as extensive as if you were to buy the products online. The range of prices will also not probably be as beneficial to you if you were to buy your MREs at a physical location.

3. Buy From an Auction or Classified Site

Another way to purchase MREs for civilians is at a site such as eBay or Craig’s List. Although the prices are highly competitive at these sites, here is where you’ll need to exercise the highest degree of care. You must verify who you are buying from, and you must ensure that the seller is reputable. For example, an unscrupulous seller could sell you expired MREs or MREs that have been left out in extreme weather conditions. Both of these situations pose a serious danger to your health.

Other Factors to MRE Meals for Sale

As explain, full MREs typically have anywhere from 1,000 to 1,200 calories. That’s enough calories for a day. Therefore, a person should consume no more than two of these meals per day, with consuming only one being preferred. As with anything else, consuming too many calories in a day can lead to stomach problems, constipation, water retention, problems with other organs and weight gain.

Keeping clean water on hand with MREs is always recommended to avoid dehydration and to keep your system regulated. Because MREs are lightweight, carrying a water supply is made easier. Filtered water bottles is one way to reduce the water bottle load for hikers.

Protect the contents and expiration date of MREs by storing them in climate-controlled settings. For example, never store MREs as an emergency kit in the trunk of your car.

4. Pay Attention to the Expiration Dates

Civilian Meals, Ready-to-Eat have expiration dates. As explained, these meals are meant to last up to ten years, with five years being the norm. Pay attention to the dates and write them down for your records. Throw the meals away if the dates have arrived. Replace the meals as needed and record the new dates.

MRE meals for sale are not traditional meals, and they are not created to replace regular meals. As described, they are meant to be used in specific situations, such as hiking and camping, prepping or emergency personnel. Purchase only as much MRE meals for sale as you need for your particular case, remembering that every MRE has a shelf-life and should be tossed if they have been ruined by extreme conditions or have reached their expiration date.